Health consciousness and the promotion of healthy living are close to our hearts at Bio-Fungi Kft., thus we regard it as extremely important to sponsor campaigns aimed at preventing diseases such as breast cancer.

Worldwide, October is the month of fight against breast cancer, its symbol is the pink ribbon. Joining to this we pack our mushroom products in pint trays in every October since 2012. With the GoPink campaign we would like to highlight the importane of screening since early diagnosis significantly improves the chances of beating the disease. The power of cultivated mushrooms

When combined with a healthy diet and an active lifestyle, button mushroom can help to reduce high oestrogen levels, a risk factor that contributes to the emergence of the disease. Button mushroom contains substances that could reduce the activity of the aromatase enzyme which increases oestrogen hormone levels. The over-oestrogen production of the body increases the risk of developing breast cancer. Regular consumption of button mushroom can help to prevent excessive levels of oestrogen levels in the body. This is the ample reason for our company to be involved in the struggle. The importance of screening tests

Besides that both button and oyster mushrooms are low in calories, basicly they do not contain fat and cholesterol and they are rich in water and fiber content. They are also rich in minerals and vitamins (vitamin D, vitamin B). They are gluten and lactose-free, as well as people with diabetes and on diet can consume them. It is important not to peel because we lose valuable nutrients. Just clean them under running water and rinse thoroughly. As it is grown under modern conditions, its consumption is safe and freshly available every day of the year. The success of the campaign is proven by the fact that in 2020 it won the CSR Hungary award for Best CSR Programme (Common Cause – Common Responsibility). 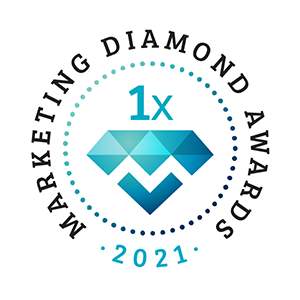 In 2021, the “GoPink!” campaign submitted for the Marketing Diamond Awards in the CSR campaign category. – Against Breast Cancer with pink-packaged mushroom products” was awarded a Marketing Diamond, demonstrating that Bio-Fungi Ltd. has been actively involved in marketing.

This October, choose the pink tray mushroom products and support the fight against breast cancer!